On March 29, 2022, the United States House of Representatives passed the Secure Act 2.0 with overwhelming bipartisan support. The bill expands on the retirement savings reforms that came with the original Secure Act of 2019. The Senate also has a similar bill working its way through the system with broad support. Of course, these bills would need reconciliation before going to President Biden for signature and implementation. The House bill contains many different provisions that make it easier for people to save for retirement while also providing the opportunity for retirees to delay taking money from their retirement plans and IRAs for a longer period of time. Some of the important changes for retirement savers that would come with full passage of the bill are as follows.

Mandatory enrollment in defined contribution retirement plans for all new eligible employees with a minimum deferral of 3%, increasing annually by 1%, up to 10% of pay. Employees can select a different contribution rate of course. Certain employers are exempt from this requirement, including those with less than 10 employees, new business, churches, and government plans.

Required Minimum Distribution (RMD) age is extended to age 75 over time. The schedule for extending the RMD age is as follows:

Of course, the bill says this in a much more complicated way, but this is the way it works out based on birth dates.

An employer is authorized to make matching contributions against contributions intended to go toward student loan payments, even if the student loan debt prohibits an employee from making retirement contributions. This stands to be a considerable benefit for younger employees who are still struggling to pay off their college debts. They will no longer miss out on their employer’s retirement plan contributions while they concentrate on paying down their debt. No doubt, this change could be the kickstart many young people need to start their retirement savings.

Long-term part-time workers would now be eligible for employer-provided retirement plans provided they had two years of consecutive service with at least five hundred hours each year.

There are various provisions in the House bill designed to encourage companies to start retirement savings plans for their employees. These include increased tax credits for small businesses that start retirement plans, expanded ability to correct errors, increased 403(b) flexibility, increased flexibility for non-profit employers to work together and others designed to make it easier for employers to sponsor retirement plans for their employees.

Legacy Trust will be watching the progress on this legislation carefully. We will report the outcome as quickly as possible. We encourage you to call us if you have any questions on this or any other topic. 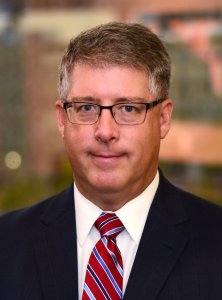