In the mid-1700s, two ministers of the Church of Scotland caused a major change within their church community; the impact of which still reverberates even today. The two men did not create any new branches of theology, although “Acts of God” would fall under the umbrella of their work. What these two ministers created was the template for the modern insurance company.

Even before the creation of The Scottish Ministers’ Widows’ Fund, insurance and insurance companies did exist. It was possible in the 1300s for a shipmaster in Florence, Italy to purchase coverage for his ship that was preparing to set sail into the great unknown. The shipmaster would pay a premium for the coverage, and in the event of catastrophe, the crew’s beneficiaries would receive payments from the underwriters. The premiums for these arrangements would be paid from the returning ship’s haul, with the amount owed sometimes being as much as 20% of the value of the cargo. In his book The Ascent of Money, Historian Niall Ferguson argues these types of contracts – along with life insurance contracts for kings and popes – were little more than gambling. There did not exist a way to evaluate risk as we know it today.

The understanding of risk began to change in the late 1600s with a series of breakthroughs in mathematics which allowed for more accurate methods of predicting and evaluating risk. Most of these breakthroughs revolve around what we now call actuarial science – which relies heavily on the mathematical concepts of probabilities and statistics, along with sociological studies, including understanding and analyzing life expectancies.

In 18th-century Britain, early mortality was a common hazard. The likelihood of a long life was a long shot. But Church of Scotland ministers and mathematicians Robert Wallace and Alexander Webster, the heroes of this story, managed to beat the odds and lived until ripe old ages with Wallace living to 74 and Webster exceeding that number and making it to 75; no mean feat on an island where the average life expectancy at birth in the capital city of London was 23 years old!

Prior to Wallace and Webster’s fund, upon the death of her husband, a minister’s widow would receive from the Church of Scotland only half a year’s stipend in the year of her husband’s death. Other funds had been created to try to supplement this meager amount, but these funds were crude, pay-as-you-go coverage schemes which essentially doled out the premiums paid upon the death of the minister. This did little to help the widow and her children and oftentimes the family would be destitute shortly after the minister’s passing.

Wallace and Webster’s plan went beyond simply collecting premiums and then paying out the final amount. The plan they devised took the premiums and invested the money, with the goal being that the payments to the family would come from the income generated by the investments; thus creating an investment pool that would retain its principal amount. From the income, annual payments could be made to the beneficiaries of the fund. To those familiar with insurance, this may seem pretty standard, but in the 1700s, this was a novel concept.

Much of the success of the newly-created fund can be credited to Wallace and Webster’s precise use of actuarial concepts such as understanding mortality rates of Scottish clergymen, along with life expectancies of the minister’s wife and children. Based on their research, a good starting point for how much a widow would require in order to sustain herself was around “triple the sum the husband payed [sic] in during his life.” According to the records kept by the Scottish Presbyteries (the church’s administrative bodies), the two men – with the help of their friend Colin Maclaurin, a mathematics professor from Edinburgh – were able to create an extremely accurate idea of the number of future beneficiaries that were to be expected at a given time, and the amount required to support them.

Starting in 1748, each minister would pay an annual premium between two and six pounds (equal to $435 and $1,300 in 2017) into the Fund for a Provision for the Widows and Children of the Minsters of the Church of Scotland (yes, that was the full title). Depending on the premium the minister paid, the widow could expect an annual annuity of £10-25 (equivalent to $2,175-$5,400 in 2017) upon the death of her husband. The calculations considered a variety of factors previously mentioned, including life expectancy of the widow and her children, along with marriage rates for widows (once a widow re-married, she no longer received payments). The two ministers estimated that, based on their calculations of life expectancies, death rates, marriage rates, investment acumen, and other factors, the fund would grow from £18,620 in 1748 (or $4,052,672 in today’s dollars) to £58,348 by 1765 (equal to $10,307,615.37 today). Their research bore out and in 1765, Wallace and Webster confirmed that their estimates had been off by only a single pound.

As a result of the two minister’s research and prescient understanding of actuarial concepts, a minister’s widow was no longer left to fend for herself should the worst happen to him. She and her children could expect to be safe from some of the uncertainties of the future. And her husband could rest easy knowing that his family would be safe in the unfortunate event of his untimely passing. The Scottish Ministers’ Widows’ Fund continued to expand over the years. In 1812, the fund had grown to include Scottish soldiers who were going off to fight the Napoleonic Wars currently ravaging the European continent. The fund still exists even today, though the name has been shortened and it is now known simply as “Scottish Widows”. The company operates as a subsidiary of Lloyd’s Bank, one of the four largest banks in the United Kingdom. 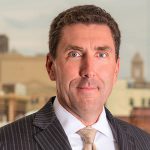